​The purpose of the Trans Pride Sub-Committee will be to organize the annual Trans Pride March and help with other Trans-focused events and advocacy. 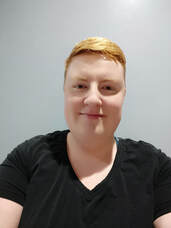 Christian Kenehan (they/them pronouns, also goes by Chris) is a Non-Binary person living in Barrie. They identify as Agender, Aromantic, Asexual Queer and a person with Disabilities. They are an avid reader, nerd and love to give back to the community in any way they are capable and are excited about this opportunity to help serve the local Trans, Non-Binary and Two Spirit Community. 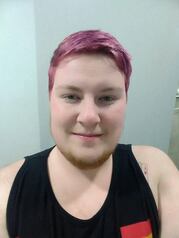 Caleb has organized groups for the transgender community and asexual community for the last 6 years. He also has worked to organize events in Barrie, Toronto, and other major cities. Outside of his work within the community, Caleb has education in Translation from the University of Ottawa and works in the medical cannabis field as a client care coordinator. 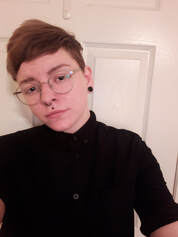 ​Gabriel L. (he/him pronouns) is an art school graduate who grew up - and has lived - in Simcoe County for most of his 26 years.

He has roughly 4 years of experience with event organizing and support group facilitating.

​Gabriel is a 2 Spirit, Trans masculine individual who is passionate about this community. advocating for Queer and Trans youth, mental health, harm reduction and decolonization while being an activist in this community are all things that drive him. He strives to keep all spaces inclusive and safe for everyone. 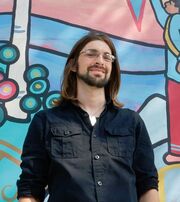 Jason Staats (he/him pronouns) is a Queer Indigenous man from Six Nations. He grew up in the neighbouring town Brantford before moving into Simcoe County to pursue post secondary education at Georgian College. There he studied in numerous programs related to healthcare and community work, graduating from Prehealth Sciences and the Skhi-Miikan program. He also worked within the school as a Peer Tutor and ambassador for Leave the Pack Behind; a smoking cessation initiative. In his final year he stepped into the role of Vice President for Georgian Pride. Since graduation he has been working at the Native Men's Residence helping men struggling with homelessness.

Jason is passionate about LGBTQ2S+ empowerment, Indigenous movements, harm reduction and addiction support, and mental health care. Happy to bring his skillset to the table to better community. 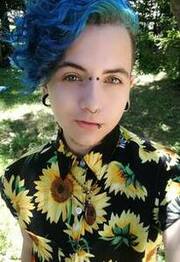 Keegan Hobson (he/him pronouns) is a post-secondary student who is active in his local communities through activism, volunteer work, community outreach and workshop facilitation. With an emphasis on at-risk queer and trans youth and utilizing harm reduction approaches, he is passionate about 2SLGBTQI+ rights, mental health advocacy and Indigenous movements.

Joining the Board of Fierté Simcoe Pride in 2016, he has worked alongside Georgian Pride as their Social Media Director and as a Board member of our neighbouring organization, Muskoka Pride.

Keegan is an alumnus of the Aboriginal Community and Social Development program at Georgian College, and is now attending Ryerson University in Toronto for his Bachelor of Social Work with a minor in Disability Studies.

First elected to the Board in 2016, he has served as the Regional Representative for Barrie in 2016, Vice Chair since 2017, and Secretary since 2018. Keegan now also serves as the Board's representative on both the Barrie and Trans Pride Sub-Committees.