The Board of Directors of Fierté Simcoe Pride includes individuals who are committed to the LGBT+ community of the Simcoe County area. Members are residents or professional workers of Simcoe County. Official elections are held each year at the Annual General Meeting (AGM). Preference is given to individuals who identify as Gender and Sexually Diverse (GSD) or allies. Other community members who are interested are able to volunteer or participate through sub-committees.

​To learn more about founding members, including the founding chair and past presidents, please visit the Founder's Circle page.

The following members were elected at the Annual General Meeting on Wednesday, October 19th, 2022, or appointed afterwards.
​ 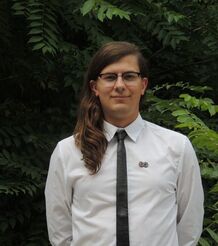 Colin Nelthorpe (he/him) is a long-time resident of Barrie. He is always looking for new ways to get involved in the community and engage others. He attended Georgian College for Mechanical Technician Precision Skills and graduated in 2018. While attending college he ran successfully to become the Vice-Chair of the Change Makers, a group dedicated to using technology to solve environmental and manufacturing issues.

Always needing to be part of something, Colin joined the Fierté Simcoe Pride Barrie Subcommittee in early 2019, served as the Vice-Chair, and then joined the FSP Board of Directors as Vice Chair in late 2019. More recently, he was appointed Chair in January 2021 and then became president in July 2021. He plans to continue supporting harm reduction strategies, mental health support, and the inclusion of the 2SLGBTQIA+ community. His interests are in science, politics, handyperson skills, environmental activism, and progressive social activism. Being rather talkative, he is always willing to engage in conversation and discuss any topic to the best of his abilities.

Colin was elected to the Board as Vice-Chair in December 2019, appointed Chair in January 2021, and elected President in July 2021.

​Christian Kenehan - Chair of the Board / ​Treasurer 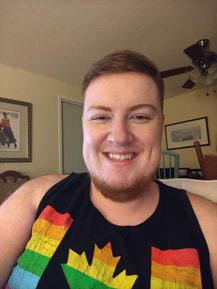 ​​Christian Kenehan (they/them) is a Barrie-based non-binary asexual individual. They have volunteered with organizations like Asexual Outreach, Asexual Visibility and Education Network, and the trans pride subcommittee of FSP. They currently serve as a facilitator of TransQ and the founder of OpenspACE Simcoe. In their spare time, they are an avid reader, nerd, and tabletop game fanatic. They also enjoy spending time taking care of their gerbils and chinchillas. Christian is pursuing a degree in accounting and plans to become a CPA. They are excited to serve the pride community and further the work being done by FSP in their position as Director.

Christian was elected to the Board as Director July 2021 and elected Chair January 2022.

Kennith Mcculloch - Vice Chair of the Board 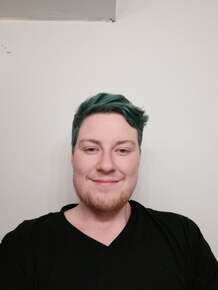 Caleb Kenehan (they/them or he/him) was born and raised in Barrie and currently lives and works in Simcoe County. They identify as queer (bisexual), transmasculine, and non-monogamous.

Outside of their work with FSP, Caleb is pursuing a degree in Modern Languages and Translation. They also have worked in the cannabis industry since 2018. Caleb likes to spend their spare time working with other organizations  (TransQ, openspACE Simcoe, and online moderation of LGBT forums), and relaxing at home with their cats. Caleb is an avid tabletop gamer and is a "dungeon master" for games like Pathfinder and D&D. They also love singing and participating as a member of the Quire.
Caleb parle français. 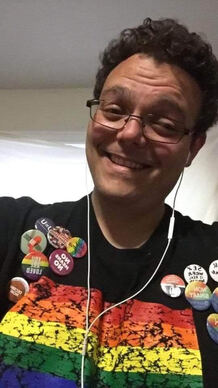 Chris Sheridan (they/them) is a non-binary individual who is a two time Honours graduate from Georgian College. They are active in their local community working on activism projects, fundraising, and volunteer work. They have a place in their heart for the homeless and mental health sectors, and are passionate about the people they serve.

Being one of the founding members of the Georgian Pride group at Georgian College, they have worked to build relationships with Fierté Canada Pride, InterPride, Borden Pride, Muskoka Pride, and Fierté Simcoe Pride. They are also a key player in bringing more inclusive campus policies for all who come to Georgian campuses.

Chris was re-elected Director in October 2022, and served one term as Treasurer.